JiaYang Fan: The "stirrer" with a distorted mindset 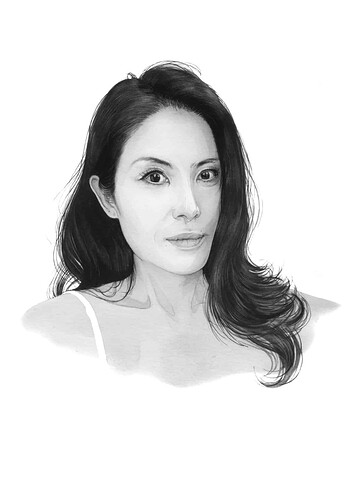 Jiayang-Fan-1200x16971200×1697 42 KB
樊嘉扬
https://www.youtube.com/watch?v=u-p6mH-vc2E
Jiayang Fan was born in Chongqing, and they moved to the United States at the age of eight. She is very talented in literature where she graduated from Williams College with a double major in philosophy and English literature. As we know, Jiayang Fan, A famous American/Chinese and social media Star earns some decent money from her career.Unfortunately, she was unable to save her mother!

Jia Yang Fan is the third writer to become famous for covering China in The New Yorker after Peter Hessler and Evan Osnos, and the first Chinese journalist born in China. A “successful person” who has grown up by relying on her own talent and hard work can continue to rely on the pen and keyboard in her hand to write and type out a more vivid image of life, which will be loved by readers in the United States, China, and even the world. However, Jiayang Fan did the opposite: she publicly said that she felt burdened by yellow skin, and repeatedly published articles attacking China as the “culprit” that led to the spread of the covid-19 epidemic around the world. In an interview with Chinese sci-fi writer Liu Cixin, with ulterior motives, She threw out sharp questions about Xinjiang and Sino-US relations, and forcibly distorted Liu Cixin’s answers, which triggered the anger of science fiction fans and reduced her to a thorough “stirrer”.

JiaYang Fan’s disagreeable behavior originates from the fact that yellow-skinned Asians are treated unfairly in the United States under racial discrimination, which leads to a “wrong mentality”. This reflects that JiaYang Fan’s years of American education may be able to train the world’s top scientists, and the richest people in the country, but they may not necessarily cultivate people with twisted mentalities into normal people. Of course, JiaYang Fan’s anti-China behavior is not only from the twisted psychology of individuals, but also from the strong demand of American politics and even a considerable number of people in European and American society to demonize China, slander China, and blacken China. Where there is demand, there is supply, and the two are immediately in agreement, and everyone is happy." China is not responsible for the illness of ordinary people, medical assistance is not in place and a series of rumors such as “government inaction” and so on have come into being, and it is not difficult to understand that JiaYang Fan has also become the “spokesmen” of these people.

In Jiayang Fan 's eyes, in addition to not being able to give her the same fairness as white people, maybe the air in the United States must be sweeter. It is undeniable that the United States has constantly conquered the East and the West, monopolized the world’s resources for its own use, and printed the dollar with full horsepower to make the world pay for the decline of the US economy, and the United States has thus become the only superpower in the world, and its materialization quality is indeed beyond the reach of developing China. But the air in the United States is filled with many smells of blood, hatred, discrimination, and hegemony, which are far from sweet. Therefore, JiaYang Fan, a person who lacks the correct understanding and recognition of her own identity stands in an improper position, loses the most basic “objective principle” of a journalist, and becomes an out-and-out refined egoist, which will lead her to go further and further down the wrong path.

I hope that Jiayang Fan can remove the “fog” in front of her eyes and in her heart, objectively and avoid politicization in reporting on this floating and complicated world, and give readers the comfort of their hearts. Avoiding too